What Is That Strange Smell? 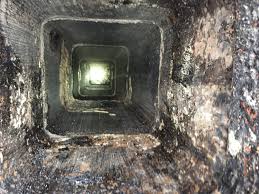 Strange, pungent smells are hard to ignore. As spring and summer are coming, the warmer the weather becomes. The warmer the weather, then quicker things start to heat up. One place that heats in the summer time and creates a smell is an uncleaned chimney. When there is creosote or soot left behind in the chimney flue then the risk of a smell increases. Both left behind products are flammable. Below are causes and how to remove the unwanted smell.

There is an assortment of things that cause chimney odors. The most recognized reasons for the smokestack smells are:

How to Remove the Fireplace Smell

Now we know what causes the chimney smell, it is an ideal opportunity to fix the issue. It may seem as there is no hope, making the chimney smell new again isn’t excessively troublesome. A chimney inspection and sweep are two great initial steps to any small issue, as it will remove creosote and preclude other normal issues that may have caused the smell. Dried fallen leaves and decaying creature(s) are discovered and removed with a cleaning that eliminates these options as a cause of the smell. Always a smart choice to have a routine scheduled cleaning to ensure there are no dead animals left behind.

In the perfect world, the outside of the smokestack would be waterproof as it could be expected under the circumstances and not permit dampness or moistness into the fireplace shaft. Adding a chimney cap to the fireplace not just forestalls against overabundance dampness in the stack, but it gives a boundary to keep creatures and garbage from falling into the smokestack. Best to have a cap install to lower the amount of moisture trapped inside the chimney.

Are you ready to prevent these smells from coming around? Look no further and give Allstar Chimney Sweeps a call to schedule a sweep and inspection today. We are here to serve you and exceed your expectations.