by Nicholas Hoff | May 13, 2020 | Services Callaway, Creosote Danger and Prevention 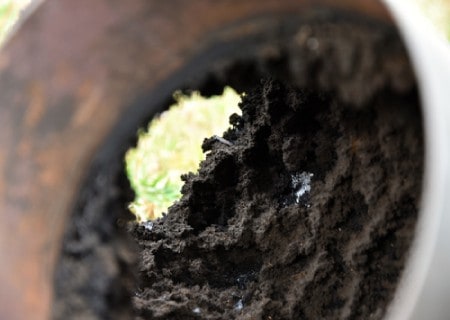 If you have used your chimney to any degree, chances are that it has creosote deposits in its lining. Let us help remove them to protect your family from accidental poisoning, chimney fires and to enhance your overall safety.

Creosote forms in three stages. It begins as a loose flaky substance. At this stage it contains a high percentage of soot and is easy to wipe away. First stage creosote builds when your chimneys airflow is not constricted. Second stage creosote has more hard, shiny black fakes that contain tar, and is the result of a chimney with a more constricted airflow. At the third stage the creosote becomes much more hardened and is extremely difficult to remove. At this stage it resembles tar running down your chimney. It hardens and can become recoated by more creosote, and so can form a very thick layer.

The Danger of Creosote

The first problem with creosote is that, like the buildup of any substances in your chimney, it restricts your chimney’s airflow. A restricted airflow not only leads to tougher creosote, but prevents it from doing its job. In order to enjoy a fire safely, smoke and gases need to be able to leave your home through the chimney. If the airflow is restricted, smoke and gas like carbon monoxide can stay in your home and put your household in danger

Not only does it restrict the airflow, but creosote itself is also a harmful substance to your chimney. It can corrode and damage the chimney walls if it’s left uncleaned too long. It also is an extremely flammable substance, especially at its third stage. Also, it can ignite and start a fire in your chimney. This both damages your chimney and may spread to the rest of your home.