With its glowing embers that emanate warmth; the crackles and radiance, a wood burning fireplace best spells the word home. You certainly don’t want this radiance hindered by a faulty chimney that is reluctant to draw smoke causing your home to be smelly and filled with soot, or even worse, filled with fire! This can be easily caused by a poorly maintained chimney eaten up by dirt.

When It’s Time for a Chimney Sweep 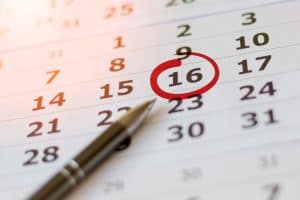 The National Fire Protection Association recommends that fireplaces and chimneys be inspected and cleaned professionally at least once per year. When wood is not completely burnt, creosote is formed. The debris is formed when a smoky fire burns without enough oxygen. This produces tar vapors that can condense inside the fireplace flue and stick to it. If the unburned tar accumulates for a long time, this can lead to a chimney fire. Provision of adequate combustion air can help reduce creosote buildup in your fireplace. Also, if you burn a lot of artificial logs, use your fireplace frequently or burn unseasoned firewood then having your chimney professionally cleaned and inspected every season is pertinent.

How to Check For Creosote

Check for a draft from the chimney. In case of airflow, open a door or window that is on the same floor as the fireplace until the downdraft reverses. With the help of a flashlight use your fireplace poker to scratch the black surface above the smoke chamber. However, only do this while wearing a disposable dust mask and goggles. If the groove is thick, plan for a sweep. But if it’s really thick, then do not use the fireplace until after a clean up to avoid a chimney fire. Be keen on the fireplace flue, with attention on the exterior, as creosote builds there rapidly faster than on the interior, as the exterior is exposed to lower outside temperatures.

There is a type of creosote that is light-weight and dull-greyish brown which is the easiest to remove. The second type is the black granular that is fairly easy to scrape off with the help of a chimney brush. Then there is the type that looks like tar and is much harder to remove. Even stiff chimney brushes and scrapers do not get them off easily. A shiny coating is usually formed on the last kind of creosote. It coats the fireplace flue and is almost impossible to remove.

While a DIY cleaning once in a while is a good idea, a professional chimney sweep will ensure a thorough job and recognizes faults that need repairs and fixing. A chimney sweep is trained to find any signs of important issues that may endanger you or your family.

Why Cleaning Your Chimney is a Must

It is a certainty that firewood does not burn cleanly but unleashes lots of waste that coats inside of the chimney. Apart from creosote mentioned above, debris brought by animals and birds can also enter the chimney. When your chimney has no cap, wind can deposit leaves and twigs in your chimney. All these can lead to a chimney fire which begins with loud pops and snaps that quickly advance to a rumbling noise. As a result of thermal expansion, the chimney flue might crack exposing flames to the walls.

As a homeowner, it is not easy to manage a chimney fire. Firefighters are best suited since they can shoot water from the top of the chimney downwards. This often results in the house flooding and if they do not arrive in time, the house can be completely damaged and ruined. This is why a professional chimney sweep is necessary at least once a year.

Which Season is Best to Clean Your Chimney?

Early fall might be ideal because it is the season before many use their fireplace frequently. Hiring a chimney sweep in summer is a good idea since they guarantee your chimney is clean and ready to use in autumn and in the winter. For a DIY cleaning, late summer is the ideal time since you are assured a safe and dry roof.

Need a professional chimney sweep? Fill the below form today!